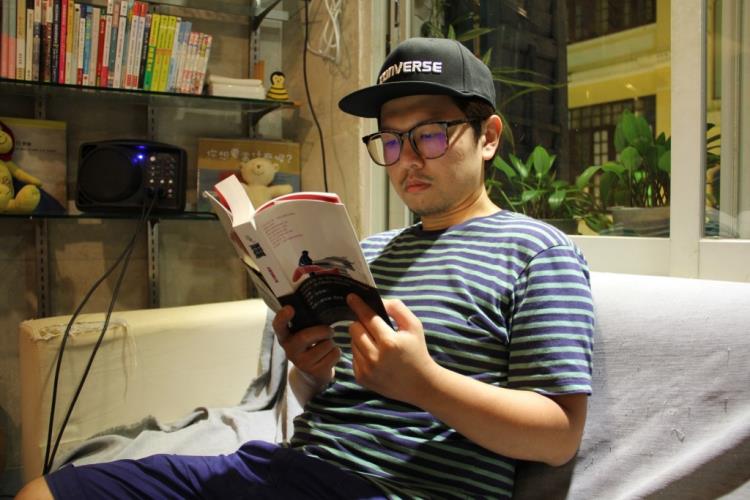 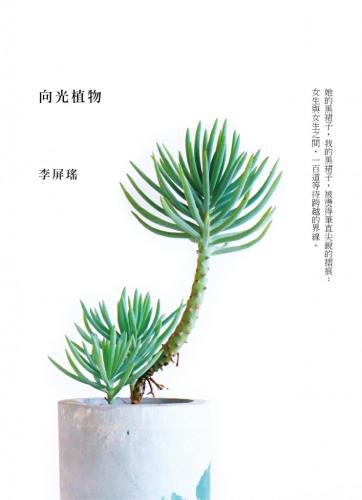 Sharky Chen, a publisher from Taiwan, founded the independent publisher CommaBOOKS back in 2010. Working as the president, editor and translator, Chen successfully established his business in Taiwan, maintaining his stronghold in the market competition of over a hundred other publishers. In late September, he visited Macao sharing his experience in publishing with the local readers. “There are many who ask me, once they find out that I work as a publisher, if my job is mainly about proofreading manuscripts,’ Chen said. ‘This reveals people’s misunderstanding the nature of publishing.”

Chen compares the work of an editor with that of project manager, in which his main task is to ensure the seamless operation of book production. A good editor must be knowledgeable on the book trade, and it will be even better if he is well-versed in techniques to secure manuscripts before deadlines, the varieties of paper stock, and the craft of printing.

Although an editor is a backstage role, he is in effect the mastermind behind each book. His core business is to package an author’s text to cater to the taste of the target reader. According to Chen, a book’s readership is like a pyramid, with more readers for books written in colloquial language, and less readers for the more literary books that involve more aesthetic judgment.

“If you insist on writing pure literature, it is very hard to become a bestseller. You must acknowledge that, or you will suffer a lot as a writer.” He thinks that when an author writes, he should have his readers in mind. “If he does not know about his readers, it is time for him to have a chat with his editor.”

Having written several books himself, Chen never edits his own titles. “Otherwise, you will have the same person serving as both the footballer and the referee.” He relies on his own editor in coming up with a text accessible to the readers, and to discuss with designers on an innovative cover design for his text.

On the other hand, the increased popularity of social media has impacted on book sales. Chen explained that the diverse forms of media and entertainment have reduced the people’s appetite for books, which in turn has made publishers less willing to invest in print runs, fearing the consequence of unsold inventory.

“In the future, books are going to become more expensive, given the increased cost per unit,” he said. He warned about an information breakdown in which readers focus only on their own particular interests, and emerging writers will no longer be able to achieve widespread popularity.

For new writers keen to compete in the literary arena, it is no longer possible to expect a spontaneous success with a bestseller. Instead, they must devise new strategies for themselves. Among these channels, Facebook is a new area for competition. Chen recommends new writers to set up their own Facebook pages where they can upload their work and obtain statistics on the number of likes and shared traffic. Moreover, they can seek new ways of exposing their texts, and in the process engage the readers more interactively. “In this way, you can access the readers directly. Although you are not solely the creative writer, this approach helps you to boost sales. It is essential that you consider the commercial aspects of producing a book.” He reiterated the importance for writers to understand these statistics of reader engagement so as to create works that resonate. “You must make the readers feel that you are speaking for them.”

While publishing a book is a dream for many authors, Chen pointed out the reality of keeping unsold inventory, a necessity that runs contrary to the romantic idea of publishing. “It is inhibiting to think about the boxes and boxes of unsold books you have to keep!” The thriving entertainment programmes in Taiwan are also a channel for authors to promote their works, but he emphasised that such programmes are no longer as influential as before. In Taiwan, many authors are keen to cultivate their own Facebook pages in order to create their own image and branding, securing their own base of loyal readers as well as market their books.

In marketing, it is essential to capture the attention of the target market. To achieve this, the writer and the editor must collaborate closely and share information among themselves, so as to display the book’s advertisement to the target reader. Chen said: “For example, if you have written a book on Pokémon Go, you will need to know about the influential groups for Pokémon, or celebrities who are big fans of Pokémon, and to let your editor know about it. Your editor can help you investigate opportunities for collaboration.”

More than ever, ebooks are also fast becoming popular in publishing. Chen is happy to see the growth of ebooks, and to some extent their role in replacing printed books. He explained that the ease of accessing ebooks via the Internet has greatly reduced the cost of publishing, particularly the cost of paper, although readers may not be very willing to accept them. “After placing his order online, the reader feels that he must experience the sensory quality of a printed book in order to appreciate a book properly.”

What’s more, problems in technology are still hindering book sales. “In Taiwan, third-party sales are still rather primitive, and you will need to enter your credit card details to buy an ebook, which is very troublesome.” Another inhibiting factor is the conservative mindsets of publishers. “Many book publishers create all sorts of inhibiting obstacles, such as blocking the readers from downloading ebook documents, making them unable to read the text from other screen devices. These security measures have hindered the consumers unnecessarily.”

Chen suggested that the future for publishing lies in making it a more service-oriented industry, so that published texts can reach out to a wider readership, and to profit from the services. “For example, if I were to come up with a book on food nutrition, I would approach restaurants for opportunities to collaborate, so that the contents of the book can become accessible products. In this way, don’t I also derive profits from the initiative?” To summarise, he opined: “The publishing scene in Taiwan is quite mature already, while upgrading the market would require tremendous resources. Therefore, we should all explore alternatives more creatively.”