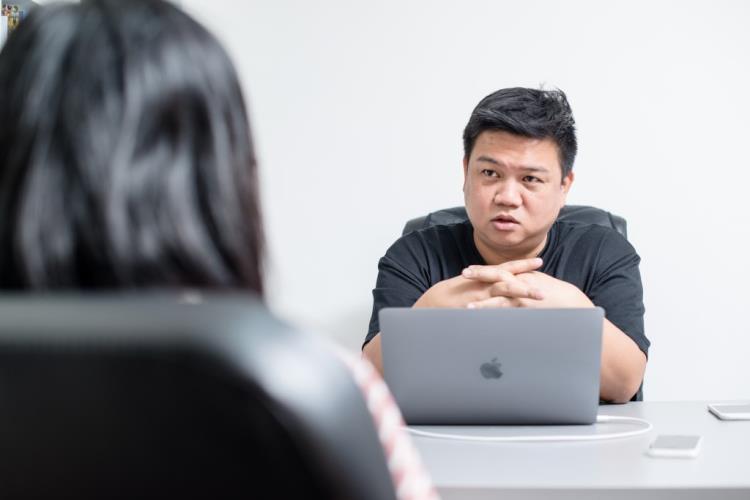 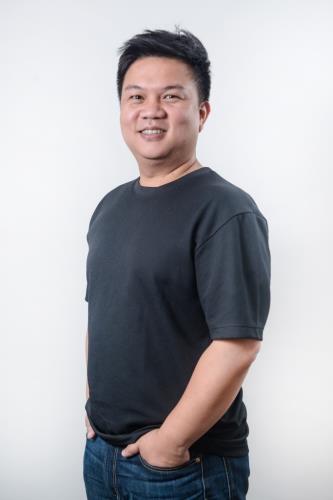 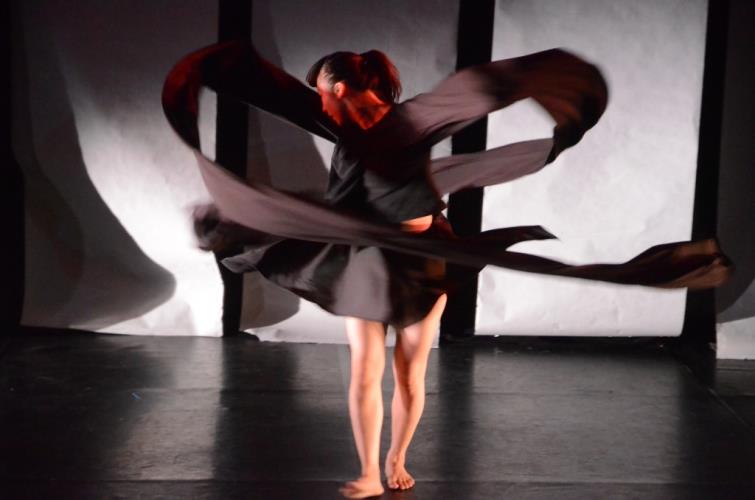 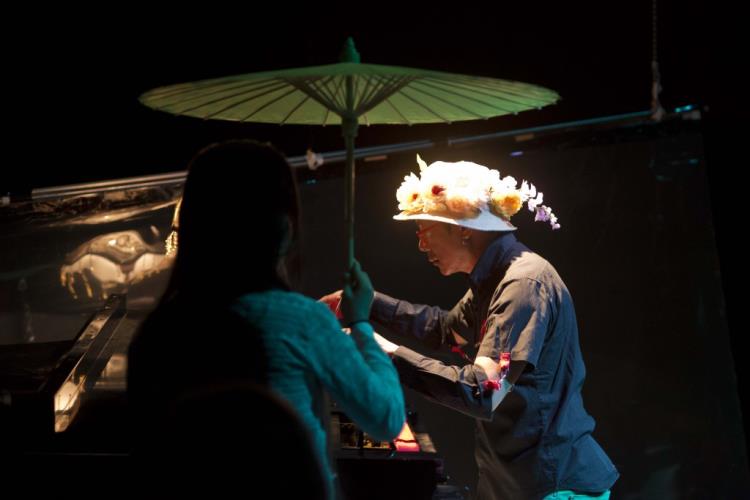 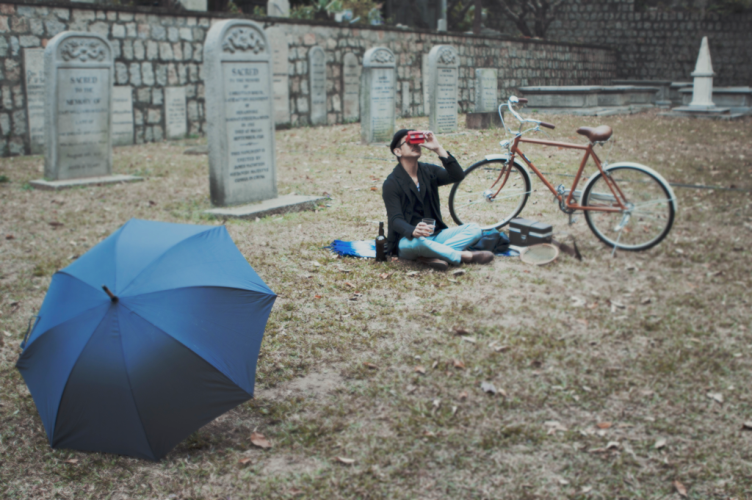 Erik Kuong: a producer is to help artists to build a thriving career

Erik Kuong is an active in the theatre and international art exchanges. A well-known independent producer, Kuong has produced highly acclaimed touring multi-media play Playing Landscape, the unconventional musical Picnic in the Cemetery, and the BOK Festival, collaboration with Macau Experimental Theatre. In fact, his role is more like an artist manager and a pioneer. He looks for opportunities for artists, but how far an artist can go it depends on how much effort he or she makes. Kuong said: “My goal is to help them to unleash their talent and to do the things they should do.”

Having worked in the government for ten years, Kuong had curated countless number of arts festivals, film festivals and large-scale festive events. Now, he has become an independent producer and has a very clear goal. “Every organisation has its framework. Being independent does not mean that I can do whatever I want. It means that I am more able to think out of the box and I can think out what a work needs the most. My role is not to make a Macao brand. My role is to make good work. So long as you have good content, it naturally will become a good brand of a place.”

When he was working in the government, resources was never a problem. Now, he has to take into account the issue of cost effectiveness. Kuong admitted that he now tends to think that a project an investment. “It’s either an investment of time or investing in the future. For example, a producer has to take into account which part of the theatrical investment has to be borne by oneself, and which part has to be done even there are no investors. A producer needs to weight if such play is worth the investment.” In 2008, Kuong saw the rehearsal of Playing Landscape in Taiwan. He found that the work was not yet complete so he talked to the director and the actors. He proposed that a work needs five years to develop.

Five years sound like a luxury to any arts groups. But to Kuong, so long as there is proper arrangement, five years can allow him to produce several good works. Together with his team, he spent two years in experimental theatre. He invited new members, Canada based musician Njo Kong Kei as well as Beijing-based ink painter Ng Sio Ieng Cindy to join and look for suitable dancers locally and invited them to perform both in Macao and in the Mainland. Adjustments were made after each show and finally the shape of the work was formed in 2011. In 2012, the complete work was shown in the theatre, and it has been touring Europe and Africa for several years. Kuong has shown us that there are many ways to showcase one’s works.

Lack of support for the creative process

“Do you want to do a performance, or do you want to make a good work?” People’s creativity may be limited by the shortage of performance venues and available timeslots. But for Kuong, his approach is the work always matters first. When to show the work is not is priority consideration. He stressed that creativity is not about having something complete but to develop something. Director Johnny Tam is a good example. In 2013, he invited Kuong to be the producer of a musical. Kuong asked Tam the same question. After certain thoughts, Tam decided he has to do a good work.

“The most important things to do in that stage is to get a good script and compose good music. If you only want to do a performance, I can coordinate the whole thing for you. But for me, I prefer developing phase by phase. When it comes to the issue of applying subsidies, we tend to become very product-oriented. That is, you need to finish your product so as to get the subsidies. In this way there is no room for you to create. It’s like a painter who wants to hold an exhibition and he can get subsidies to print catalogues and to hire a venue. But how about his creativity? He has no support for the whole year he spent on creating his own works. Does that mean that an artist creates works only because he wants to hold an exhibition? I think this simply confuses the cause and the effect.”

In 2014, the first version of the musical M. Butterfly was ready. Then, they learnt Peking opera in Beijing and Mandarin in Taiwan, and they also collected feedback. In 2015, the work is complete and it is renamed Mr. Shi and His Lover in the premiere. The work was high acclaimed in Canada’s Arts Festival. The team has endured a lot of hardship. Also, travel expenses were high and there were more than ten runs. Kuong admitted that he once thought that it’s better not to go, but in the end he thought that more opportunities to perform is also important and he gave it a go. “We got some subsidies in Macao, and we got more in Canada. Their subsidies constituted more than a half of our monetary resources. At the beginning the whole production team only consisted of people from Macao. But for the sake of the application, we also invited people in Canada to participate. The performance was a success. Apart from getting positive comments, the most tangible result is we have been invited to do touring plays. We haven’t left the venue yet and we were already contacted by other theatres and festival committees. We will be going back to Canada to run performances for six weeks in 2018 and 2019. The play will be included in their theatrical season.”

Macau brand is only a slogan

Kuong said frankly: “It’s difficult for an art group to change the system. So I will do whatever I can to the best of my ability.” He believes that it’s not important whether the work represents a brand from Macao. “It’s merely a slogan. What does ‘creative brand in Macao’ mean? Does it mean that we need to highlight we are from Macao? I think it only works at the beginning but the magic is no longer there after that. What is the effect and purpose to market that we are a team from Macao? Is it just a slogan or is it for the purpose of getting subsidies? Then why should one sponsor people from Macao?  Most of the time the work itself is being ignored.”

Most Kuong’s works are multinational and cross-section collaborations. But he said that he did not do it deliberately. “Many things are cross-section collaborations in this era. Although I am not an artist, I also have a desire to create something so I will select suitable people to collaborate with. I choose partners according to the content of the work. It’s not because I cannot find partners in Macao. I simply choose according to what is right and put them together.” Kuong also believes that if you cannot find audiences who like your work, it does not mean that the work is not attractive. His job is to look for opportunities. If audiences in Macao are not enough to support what you are doing, then you better look for audiences somewhere else.

Kuong and his team continuously expand their networks overseas and introduce works from Macao, including works by other theatrical groups, to a wider audience. He recommends works according to audience types. “In Macao, usually your friends are your audiences and not all of them are passionate about theatre. We are well aware of the number audiences in Macao so there is not point to force people to go to the theatre. If they really don’t like it, it actually is a blow to your confidence. I prefer looking for audiences elsewhere and this is the impetus to keep me going.”

He pointed out that if you only pay attention to a small number of audiences, you are easy to get lost. “What do audiences really like? It may not be your forte to create a work that suits the taste of most audiences. As a result the work becomes so awkward that it’s neither artistic nor entertaining, and this situation is not uncommon. I am trying to test the ability of the artists. How much talent can be released? How far can they go? I hope I can facilitate them to go a long way.”